Through the closed window, I saw a familiar face and tried to slide open the glass to say hello. The glass wouldn’t budge so I knocked on it. She was talking to someone in the seat behind mine but glanced over when she heard the knock. We then moved to the bus entrance.

It was Liu Juan, a keeper based in Bifengxia who had accompanied the South Korean pandas to their new home in March 2016. She is now based in Dujiangyan and just assigned to look after its newest “returned from overseas” panda – Malaysia’s first giant panda cub, Nuan Nuan.

I’d met Liu Juan in Beijing in August 2008. Together with two other keepers, she was there to look after the eight panda cubs, nicknamed the Olympic 8, that had been selected to be on exhibit during the Beijing 2008 Summer Olympics and showcase China’s success in captive panda breeding. Nuan Nuan’s parents, Fu Wa and Feng Yi, had been two of the Olympic 8 cubs. Liu Juan had looked after them then, and now she has been assigned to look after Nuan Nuan in her new home in Dujiangyan panda base. 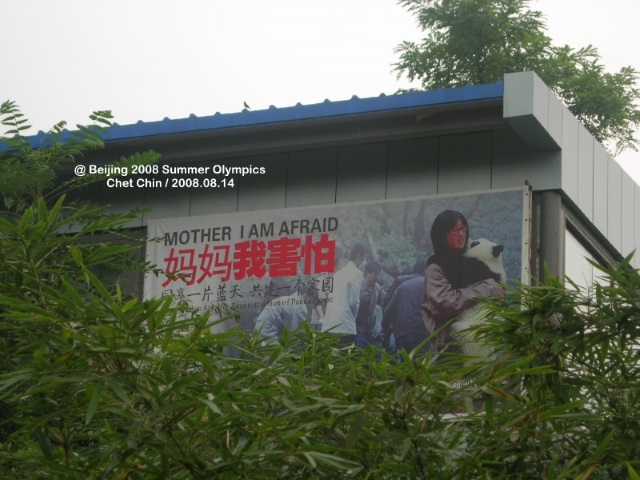 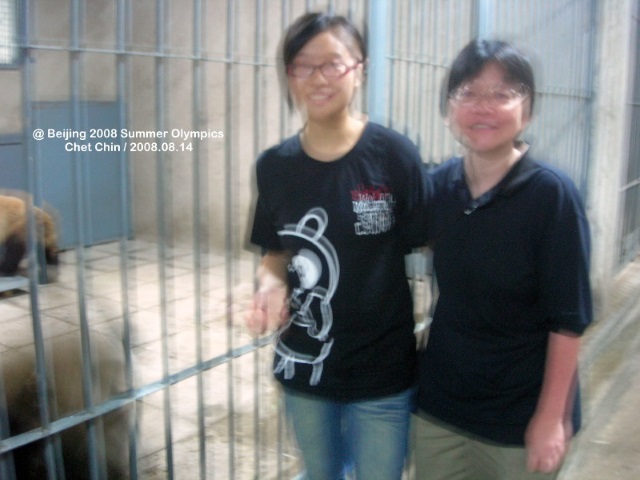 An almost 10-year-old photo; the person who took it had a “creative” eye?

(Below) Liu Juan training the Olympic 8 for the “Jog for your Food” Olympic event open only to pandas!

Not to me. To me, everything is pre-ordained, including my adoption of Feng Yi in September 2006, her selection to come and live in Malaysia as part of the 10-year panda loan agreement between China and Malaysia, and the appointment of Yang Haidi, her kindergarten keeper, to accompany her and Fu Wa to Malaysia in May 2014.

I was in Dujiangyan to attend Nuan Nuan’s public debut on 28 December 2017. Just the month before, I was there to see her safe arrival on the base after her day-long travel that had begun from Malaysia in the morning and involved two modes of transport – land and air. For both occasions, I needed to see for myself that she was alright. Now that I know who her keeper is, I know she will be more than alright. 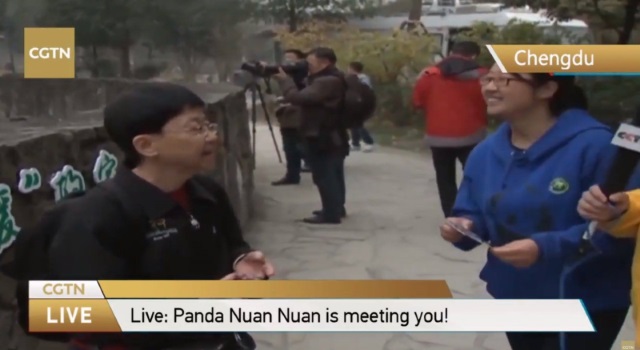 Over the years since Beijing 2008, I would meet Liu Juan at the Bifengxia panda base, but this time, I met her in Dujiangyan as Nuan Nuan’s keeper! (screencap by Bill & Karom Burke on 28 December 2017)

Nuan Nuan’s new home within the base is located in Pan Pan Garden, the first garden that visitors will see after going through the ticket barriers. In addition to a central location, the yard in her new home also has its own 24-hour webcam. Sometimes, her neighbour’s webcam is also focused on her yard. 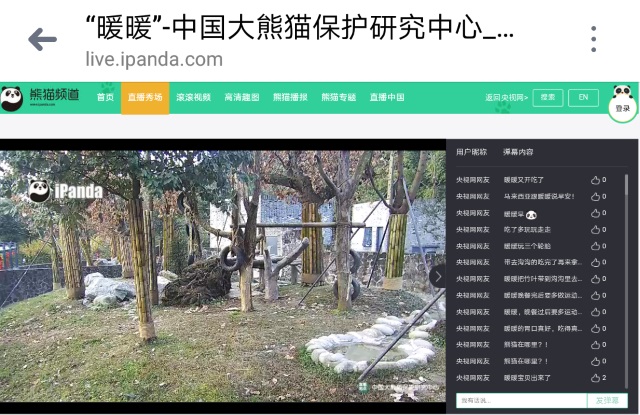 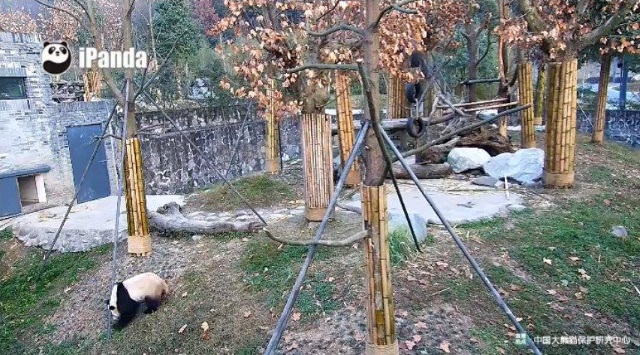 Nuan Nuan’s is not the first panda debut I have attended. Back in March 2010, I was in Bifengxia around the time US born Tai Shan would be ending his quarantine and moving to his new yard. On that day, I was one of two overseas volunteers who cleaned his yard ahead of his moving in. When the time came, he arrived in a floral buggy.

I was wondering if Nuan Nuan would be moved into her new home in a floral buggy, too. She wasn’t. Instead, as guests arrived and mingled before her “moving house” ceremony in the afternoon, she was already inside her bedroom in her new home. She had been moved there that morning to allow her time to settle in ahead of her debut. The keepers who had observed her during her quarantine month knew that she would react differently to a public ride to her new home. Moreover, she had motion sickness while travelling from Malaysia to China; perhaps the keepers wanted to avoid more than a public debut for Nuan Nuan on 28 December 2017.