This morning at the panda complex, Feng Yi came out to her exhibit yard and the door slid close behind her. Where was Nuan Nuan? Have they been separated since my last visit a week ago? I asked the nearest staff and was told Lil’ Missy would be coming out to the yard after the 11:30 a.m. call-in. They have not been separated, but the weaning process has begun.

Yesterday was the first day. They were kept apart for two hours in the morning, with Feng Yi in the yard and Nuan Nuan in her den in the back area. After the 11:30 a.m. call-in when the yard had been cleaned and stocked with fresh food, Nuan Nuan had come out with her mother and remained on exhibit the rest of the day. It would be the same today. Or should.

I was on the walkway facing the platform when I saw the visitors looking down towards the door. I hurried over just in time to see their mother-and-child reunion. See for yourself what happened. 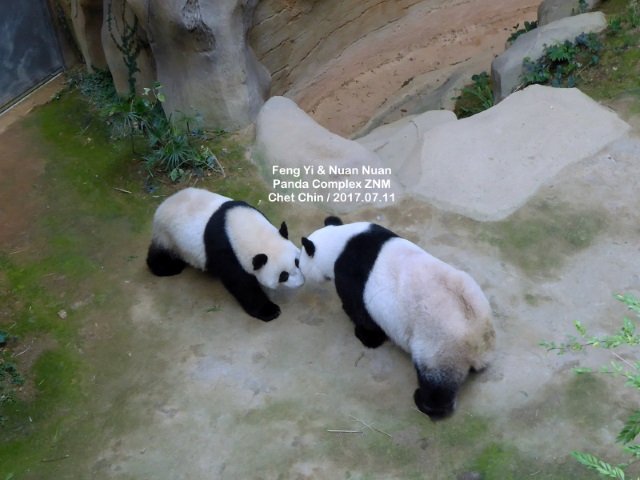 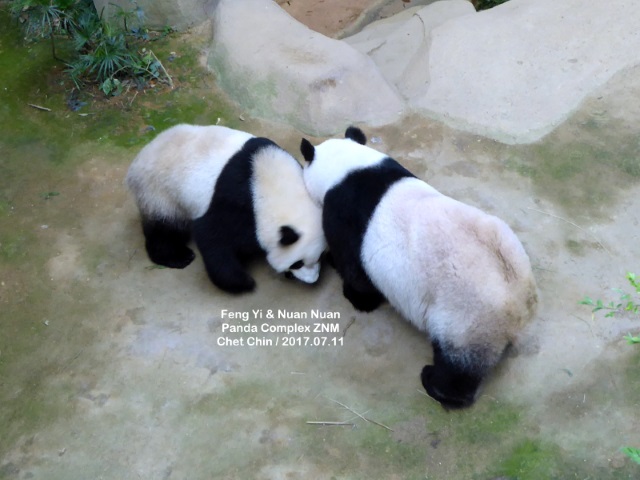 NN: Mama, mama, I’ve missed you SO much 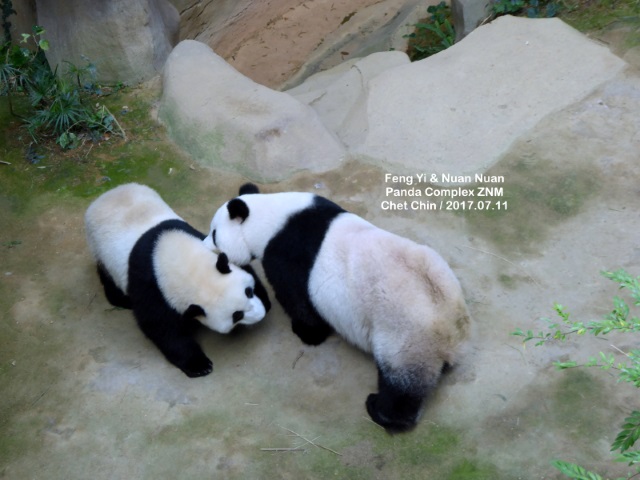 FY: *sniff* What is this? How can I let you go when you
can’t even clean yourself properly yet??

After this touching reunion (not), Mama was ready for her after-meal snooze. Nuan Nuan was very active but did not bother Mama too much, instead keeping herself busy, eating like as if the keepers had been starving her in her den. Had they??

And then not three hours later … 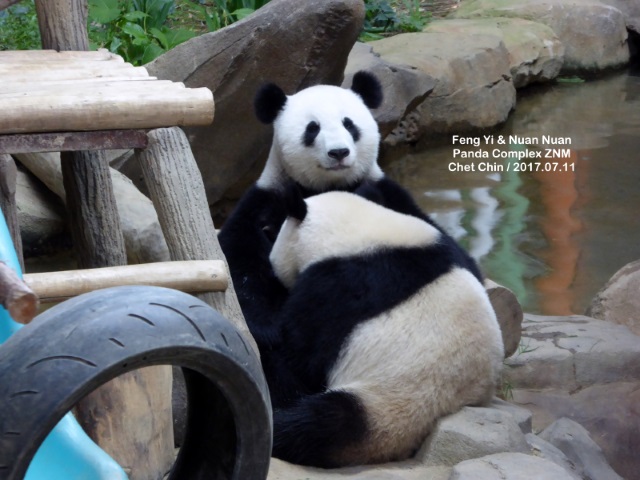 All the best to their weaning. Hope Lil’ Missy settles down to enjoy her own company. Mama certainly has, savouring her treats without anyone stealing from her.