Wait … not yet. She was born in the afternoon so it’s not quite her birthday yet.

I’ve been really blessed. To have Feng Yi, my adopted panda, in the same country as I am. To be allowed to volunteer in the panda complex so that I can keep an eye … I mean, see her often. I’m really blessed.

On top of that, she had a baby just 15 months after arriving in Malaysia. By natural mating, too. So, in addition to having Feng Yi here with me, I have her baby, my grandkid, here, too.

This past year has been an interesting time for me. Since the baby’s third month, I’ve watched her three to four days a week. Seen her take her first step up the climbing structure to the first tier, then the next, until now, she is so confident on the beam, she can even lie down in the middle of it. Watched the visitors’ faces as they look at her on the beam. Not just her, but big mama, all 100+ kg of her, up on the structure, play-fighting with her baby.

Words are not enough so I’ll show you some photos. Three specific ones, and the rest, you have to click a link to go to a special online photo album.

The first photo, taken on 17 November 2015, a day before she turned three months old, in her special room in the giant panda complex in Zoo Negara Malaysia. She was too small to go into the yard with mama so the panda team decorated a special room for her. It was her public debut, there were lots of media present, resulting in photos that mostly showed close-ups of her … sleeping. But mine is an “action” shot. 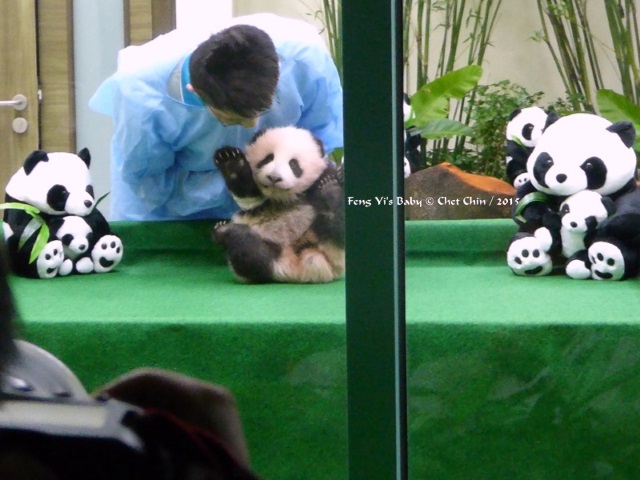 The second photo, taken on 17 August 2016 – yes, exactly nine months since the first photo, and the day before she turns one year old. Here she is, lying on the beam. Although she’s so confident on it now, I still worry when she stops and lies down. I worry a sudden noise from the visitors might frighten her and cause her to lose her balance. 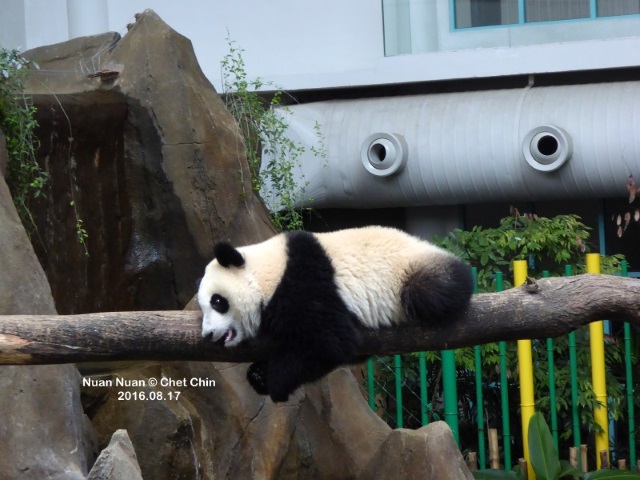 And the third photo, also taken on 17 August 2016, with her mama and my adopted panda. 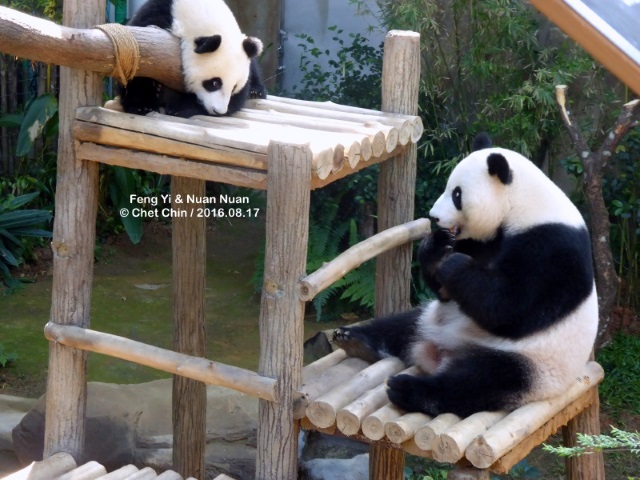 Yes, Nuan Nuan is still with mama, and still nursing. Speaking of nursing … Nursing in the yard

So that’s one photo more than the three I promised. Here’s another one, also taken on 17 August 2016. 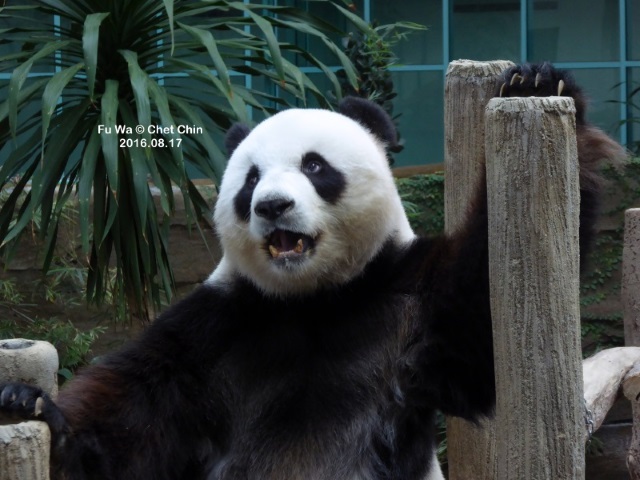 And that’s it. For the rest of the photos, go here:
Nuan Nuan’s First Year