Before we celebrate the first ever giant panda double birthday in Malaysia, I flew to their homeland last Saturday to attend her son Gong Gong’s 1st birthday party.

Strictly speaking, he’s not a myPanda but his ma is. Let’s put it this way, he’s the firstborn of a myPanda, and that’s reason enough to include him here.

I’m grateful to be with him on his first birthday. I hope this makes up for my absence from Feng Yi’s first birthday. In those days, my time was not my own. It still isn’t, but these days, I’m not tied to a 9 to 5, which makes my schedule very flexible.

I’m also grateful to be allowed into his yard to present his birthday cake to him. My thanks to the kindergarten keepers who helped to design and make the cakes, and to Jason An for my photos with my son / grandson. There were three cakes: a big one for him and two smaller ones for his two kindy buddies – Xing Ma and Shun Shun.

Okay, I’ll shut up now and share some photos. 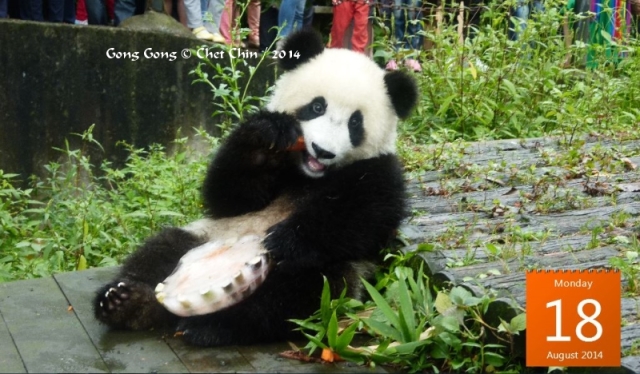 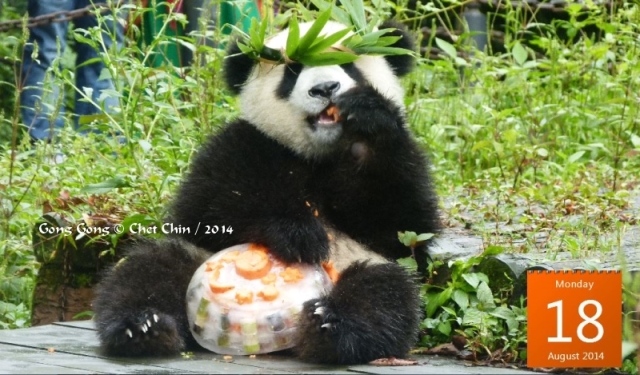 Official photo #2, with the birthday headgear that almost went into his mouth 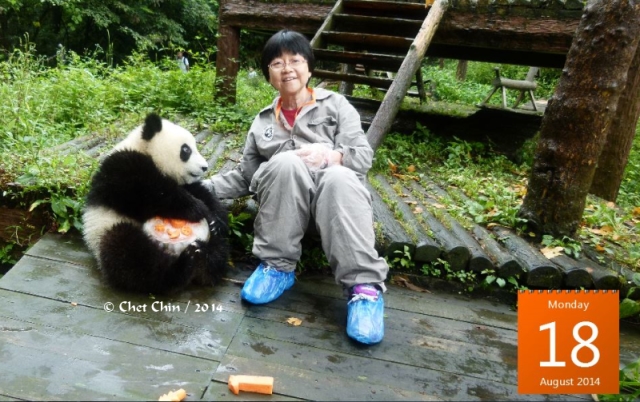 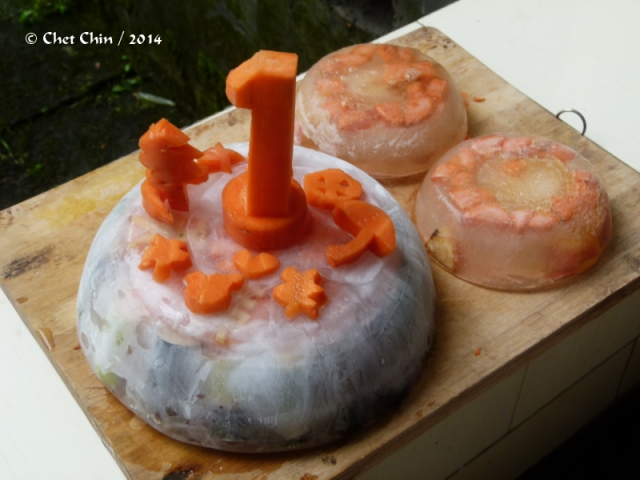 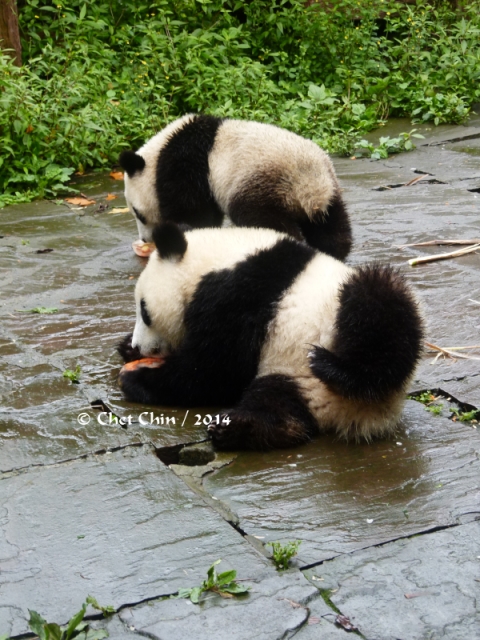 There’s one more thing I’m grateful for: that Feng Yi’s and her son’s birthdays are five days, and not two or three days, apart. It gives me time enough to make it back home for her birthday.