By the time Fu Wa and Feng Yi made their official public debut on 28 June 2014, they’d met Zoo Negara Malaysia’s staff and families, volunteers and sponsors the Saturday before; the Ministry of Natural Resources and Environment’s staff and families the Sunday before; and 737 early visitors the previous day. A local Chinese newspaper had printed in its 26 June edition that the Zoo’s Giant Panda Conservation Centre would be opened to the public the next day, hence those early visitors. Kudos to Zoo Negara for not turning them away.

I was at the official public debut, not as a visitor but as a member of the panda rangers, the Zoo’s group of volunteers specially tasked to help visitors at the panda centre. I was with the first group as they came into the centre, waited in the lobby, moved into the learning centre where they watched two short films and listened to a short introduction, and finally went downstairs for a briefing before walking into the exhibit hall to meet Fu Wa and Feng Yi. I went ahead of them into the hall so I could photograph this first meeting.

Here is a small photo album from their official public debut day. 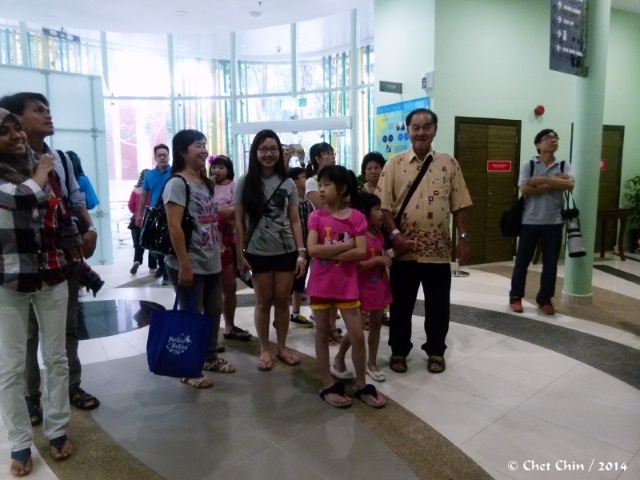 The first group to enter the panda centre was small but can you sense their excitement? 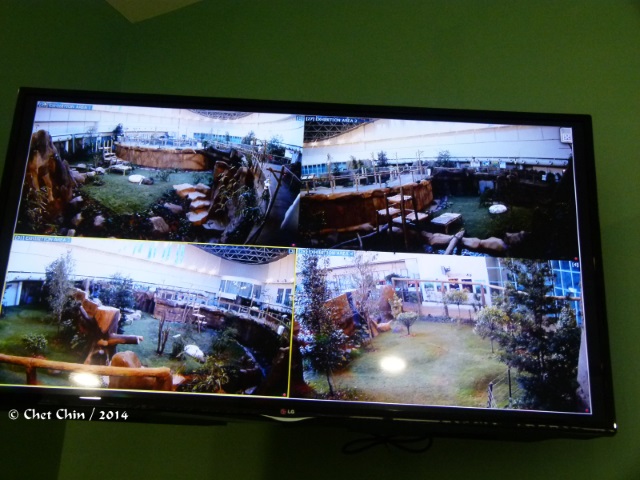 While waiting, they could see the two yards on the TV

Watching a short film in the Learning Centre 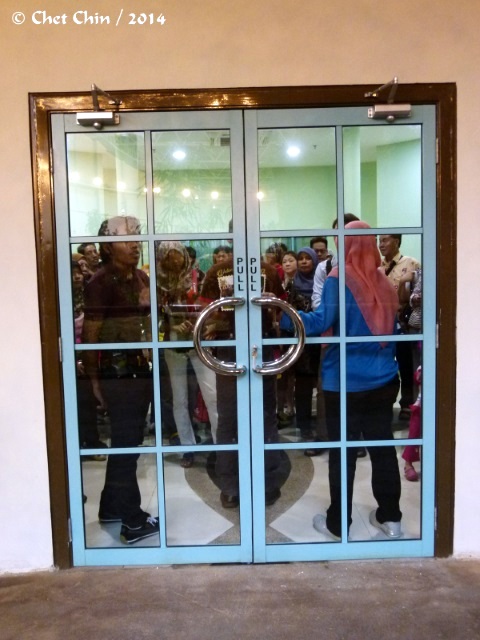 One more door before entering the exhibit hall 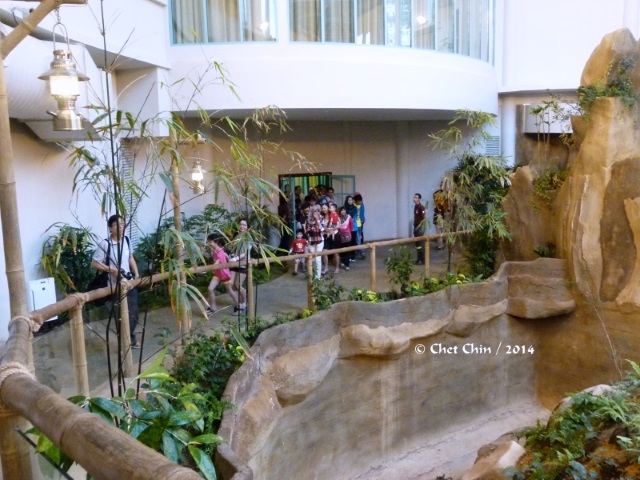 And they’re inside, eager for their first look of the Malaysian giant pandas 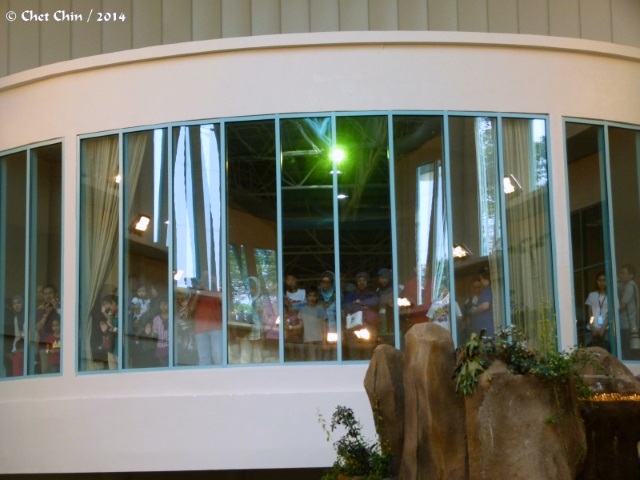 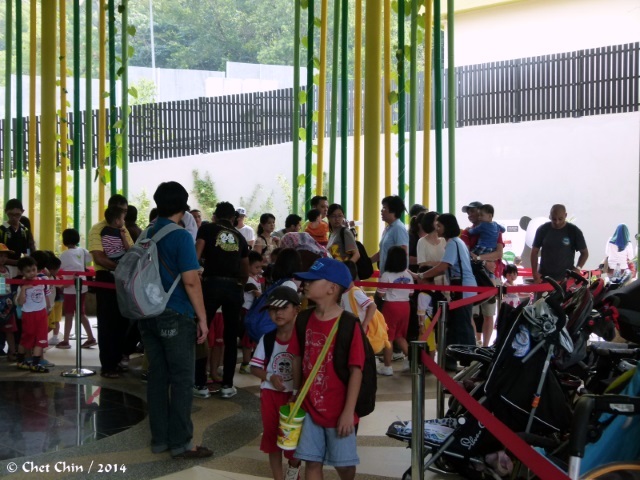 One of the later groups waiting at the entrance 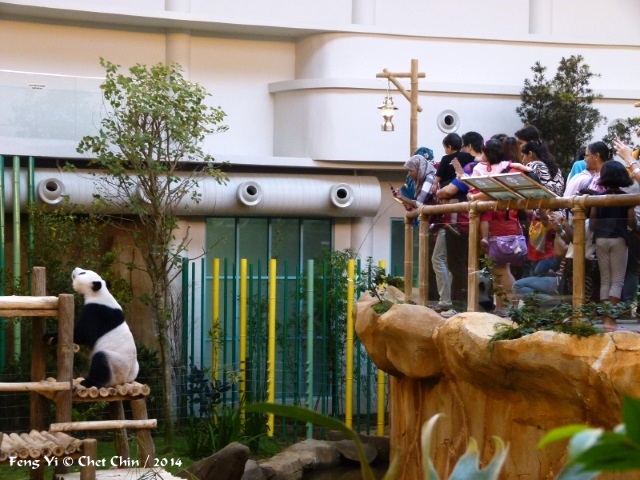 Visitors get their first close-up of Feng Yi who showed her back before her beautiful face! 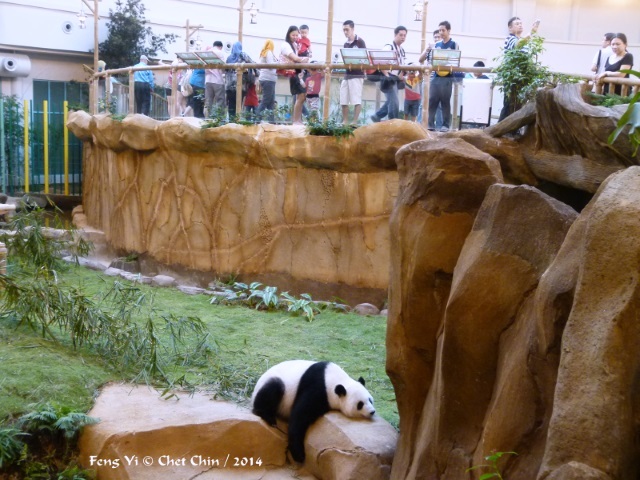 Feng Yi taking a nap in her favourite corner 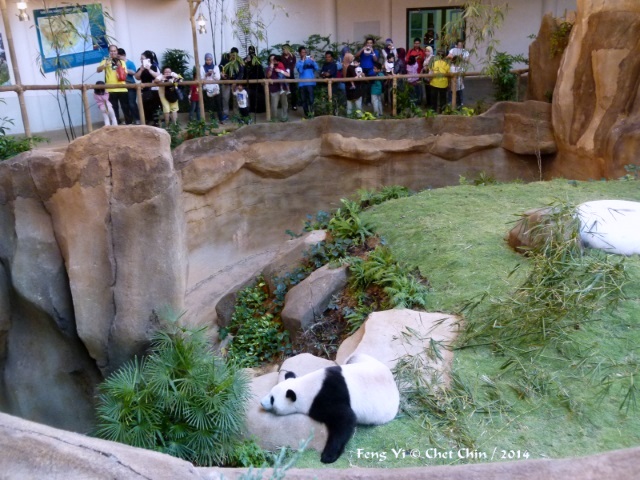 Another group into the exhibit hall got their first glimpse and it was a sleeping panda! 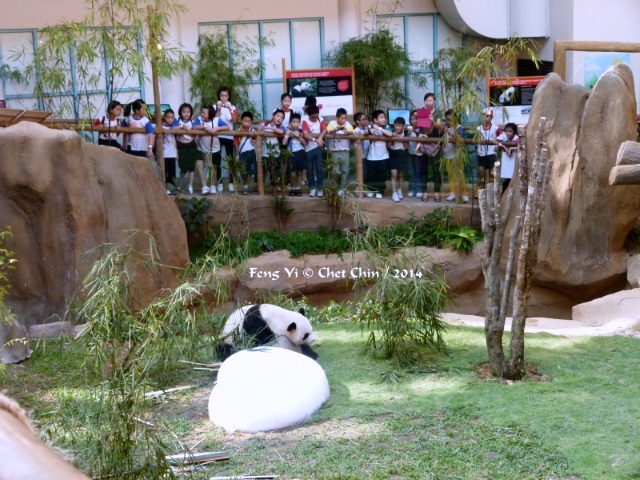 There were groups of schoolchildren, too, on the official first day 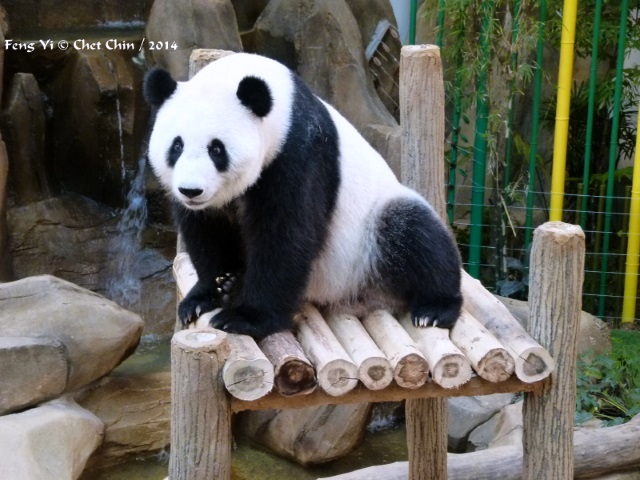 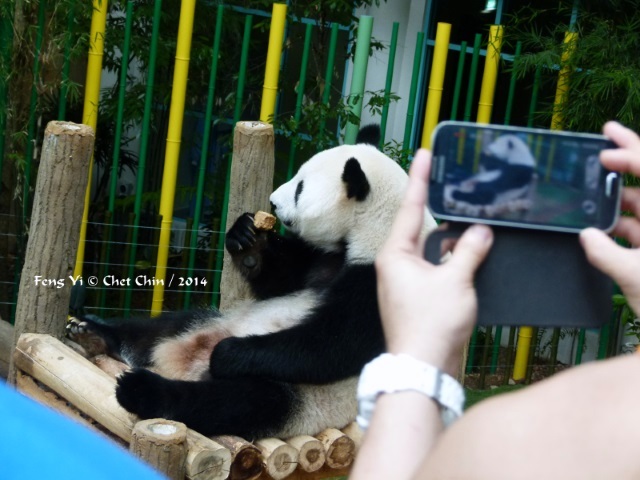 Photograph of Feng Yi being photographed 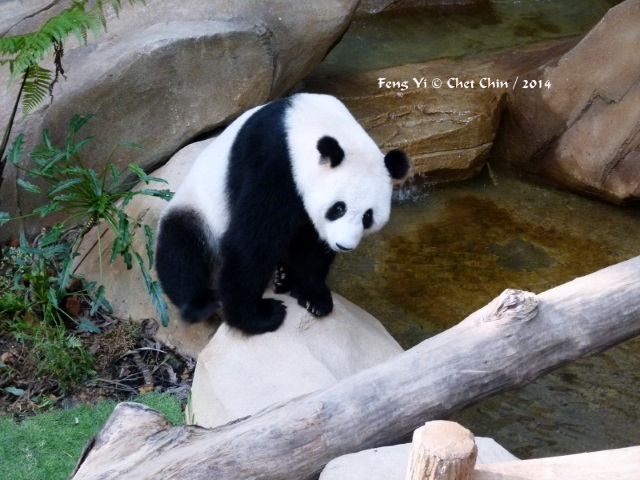 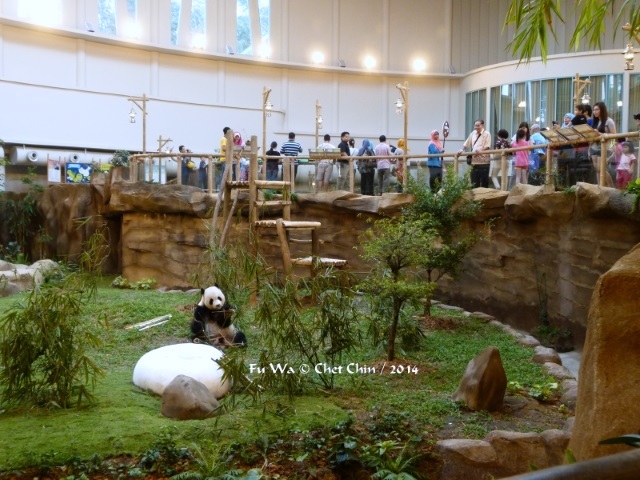 Visitors on the bridge look at Fu Wa chomping away 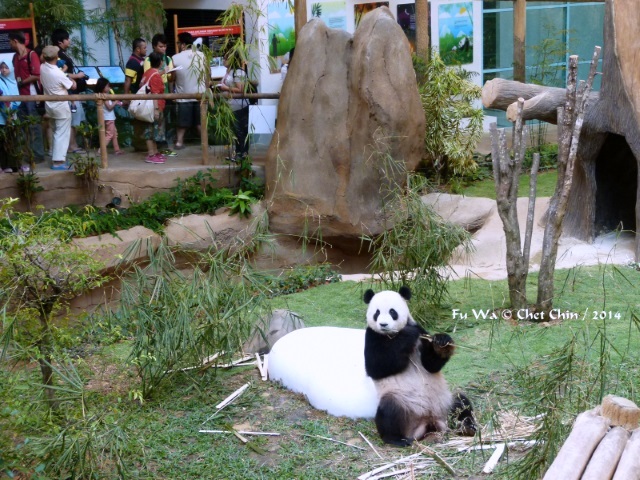 Fu Wa multi-tasking – eating and looking at the visitors 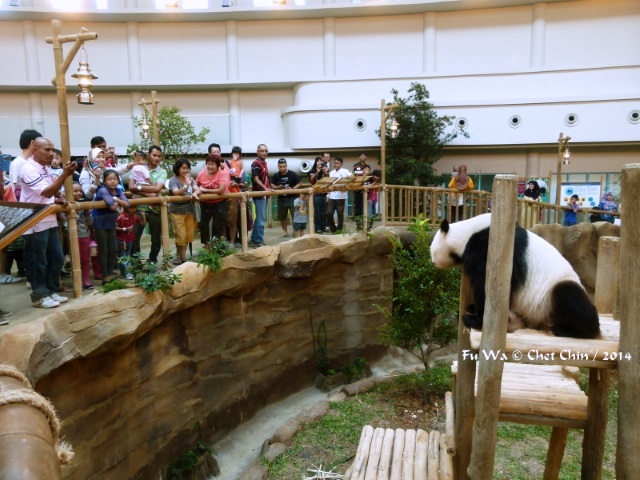 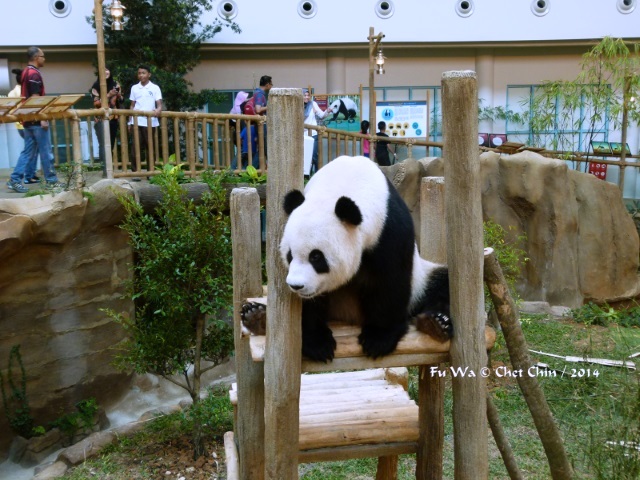 Obliging visitors to his left with a similar closer look 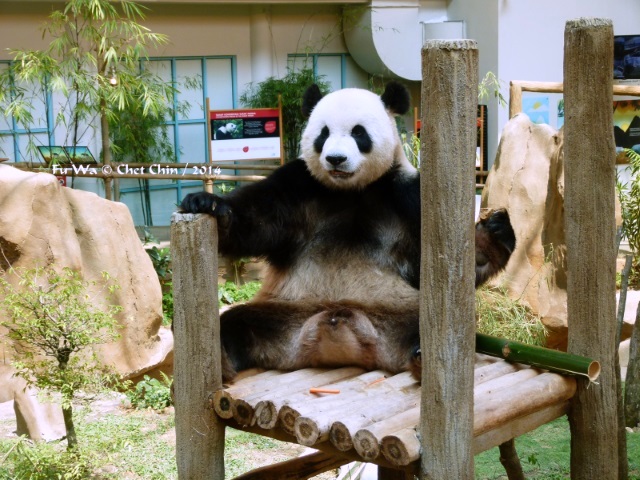 Taking a break from eating to pose for his new fans 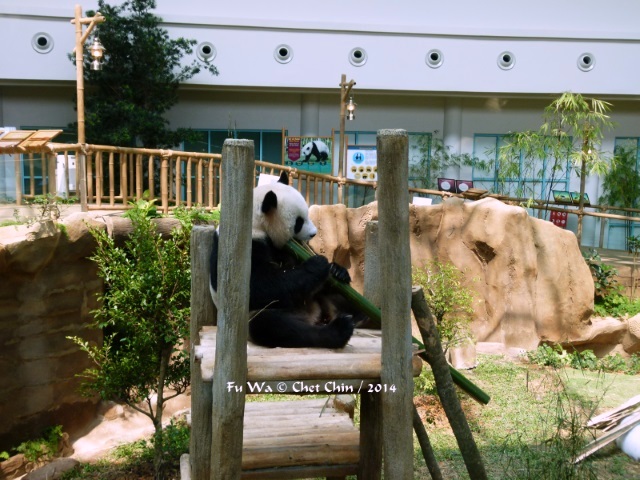 All the carrot and apple slices gone, now for the big item 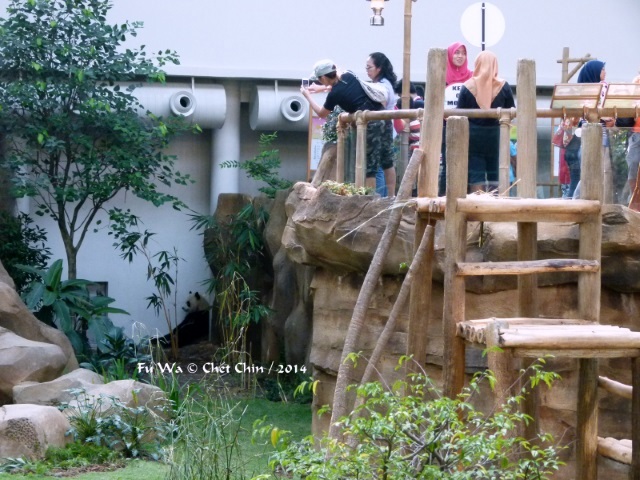 A quiet moment away from the fans but they found him