I’d wanted to be in Bifengxia for her birthday today, but the return fare was too expensive. So what do I do when I can’t be there in person? I’ve been looking at photos from her previous birthdays, which I thought I’d share in this special birthday post. Of her previous six birthdays, I have photos from three birthdays, and I was there for one of the three, so I’d taken the photo for that birthday.

She turned a year old before we met for the first time on 12 September 2007. I’d written to ask Pandas International to help arrange for a birthday treat; they in turn wrote to the Panda Club office in Wolong to do the necessary. PI later sent me photos of Feng Yi enjoying her treat. 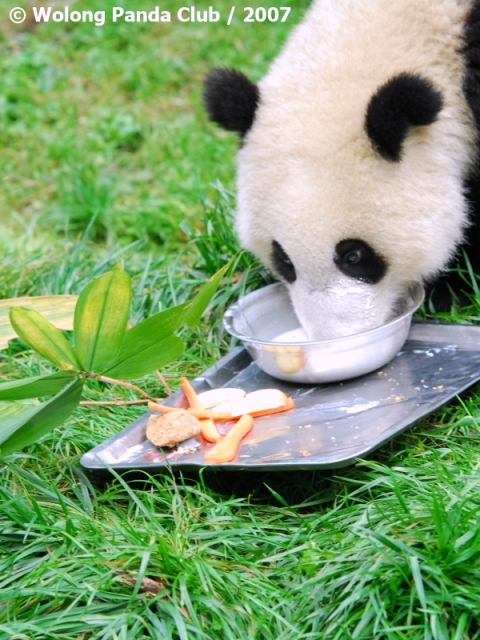 Extra milk, apple and carrot slices and wowotou for my birthday girl

Feng Yi and her fellow black and white Olympians were back from Beijing in March 2009; I saw her in Bifengxia two months later in May. Before her birthday that year, I again asked for help to arrange for a treat on her birthday; her keeper did one better and made her a cake. It would be her third birthday; by now, she’d experienced having to fight for her food, and so when her cake was presented to her, she claimed it before her roommates could come round to take it from her. 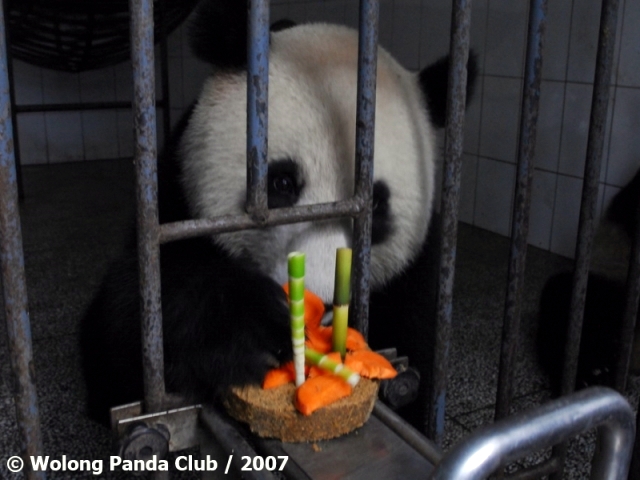 By the time of her fourth birthday in 2010, she was living in Guilin. It would be my first time visiting her there, and I decided to be there on the actual day. So yes, three years ago today, I was in Guilin celebrating Feng Yi’s birthday. 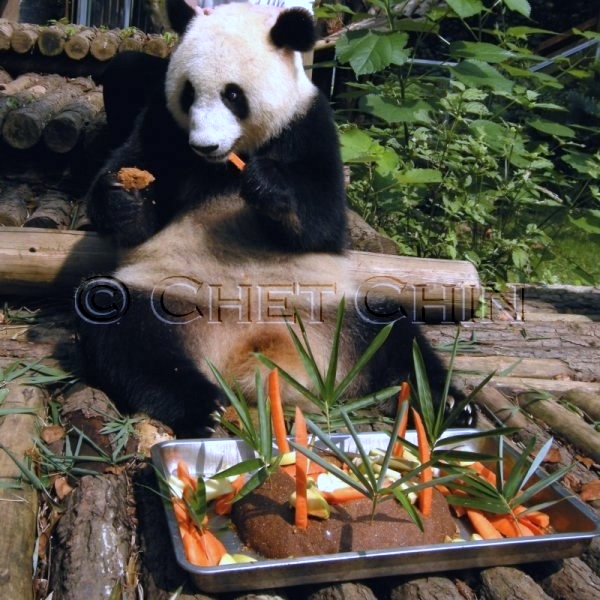 BTW, it’s also Fu Wa’s birthday today. Seven years old, too. No, they’re not twins; it so happened 2006 was a boom year for babies in Wolong and some babies were born on the same day.

God willing, both of them will be celebrating their next birthday in Malaysia.

In an interview with the FMT site earlier this week, Dr Felix, Deputy Director of Zoo Negara, said “The construction of the panda enclosure at Zoo Negara is half completed and will be ready by the end of the year but the animals may only be brought in from China by mid-2014 instead of end of the year.”

Dr Felix also said the RM24.9mil complex would be inspected by the Chinese government before the pandas are brought into the country.

Full article here:
Pandas will only arrive in mid-2014